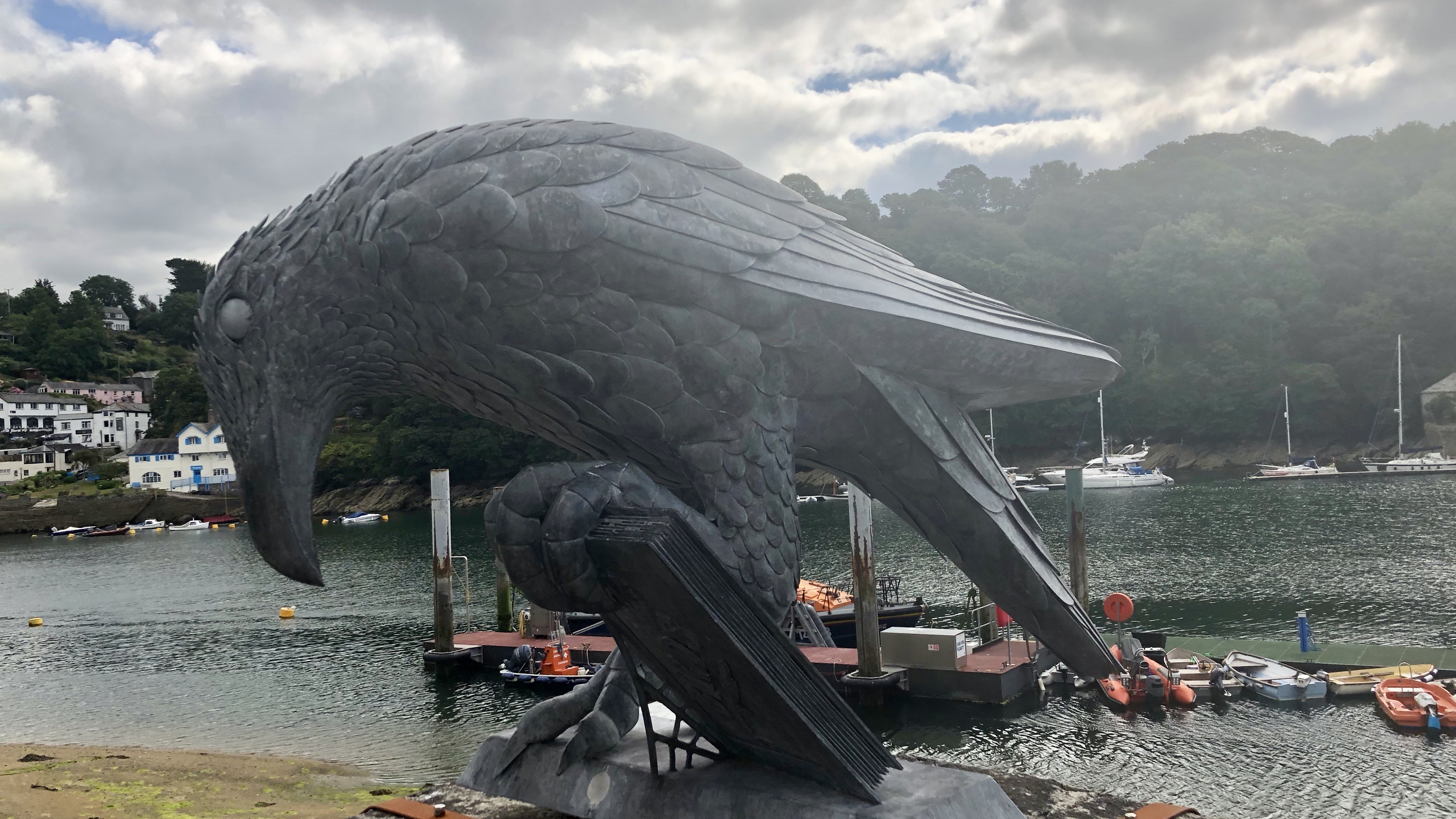 In 1806 Napoléon Bonaparte tried to force England to submission before undertaking an invasion by sea from France.
Napoléons idea was to starve England by blocking British harbours from trading with Europe.

Historically it did not quite go the way it was suppose to go for either party, but in the end it proved vain and England slowly came back trading with all countries and former enemies.

I spend quite a lot of my vacations in Cornwall in England, for you that never has been to Cornwall  I can only say you missed a corner of England well worth visiting.

The only thing that needs improvement are the roads, most of them seems to be built during Roman times, and have had very little tlc over the years.

In some cases the road is so bad and narrow that it is obvious that people, back in the past, used boats, and not roads to move about.

Great seafood, grand nature and views, lots of interesting historical villages to visit, if you ever go there you have to see Tintagle, where King Arthur and Merlin lived according to the legends.

The coastline is full of small harbours and coastal villages, some of them very small and others can even today house a modern cruiser in their natural harbours.

One of these old small coastal villages had such a narrow road down to its harbour that I would not be surprised if I met Long John Silver walking towards me.

In one of the houses in the village they found during a renovation some old bookkeeper's books in a wall from the time when Napoléon tried to blockade England.

It turned out that all the people in the village made quite a lot of money from smuggling goods from Europe to England, they even made so much money that they could order and build ships.

The new ships they built were so fast that no one could catch them, not until the war was over, and customs hired old seamen from the war, were they able to sail them down and catch them.

There is more to this period in European history, but there are also some concerns and lessons to learn from this period in conflicts between England and France.

Interesting enough, even though import and export to Europe declined, trade overseas increased and new trade partners developed over time.

Countries like Sweden even let the British Navy use the port in Gothenburg and on the Swedish east coast to fend off Russia, Denmark lost its fleet to England.

In some cases I must say that the black market grew bigger than the official market and a lot of small harbours had more business as ever before.

It is not without reason, that it might occur to someone in England, that they can earn some money on Brexit.
What if they start by opening up the old harbours around England again, those that has declined over the years?

One thing is for sure, Dover-Calais will not cope as the only harbour between Europe and England.

They need more ports if they want to be able to swallow the huge amount of goods and customs procedures that will build up when a hard Brexit happens.

I read somewhere that a German car company is hiring one of the worlds biggest airplanes so they can fly in cars if needed, I am sure other companies are securing stocks one way or the other too.

The question is that history has proven before that it might not be as bad as everyone thinks it will be, but it can also become even worse than anyone has predicted.

There comes a time after a Hard Brexit when everyone has to collaborate to get the economy  going again.
Let's hope it does not end up in a blame game about who did what and when, after all, everyone has a part in this mess.